We are now accelerating our measures to reduce greenhouse gas emissions. By 2035 at the latest, we will have climate-neutral operations with net-zero emissions throughout the value chain, ten years earlier than the previous climate target. 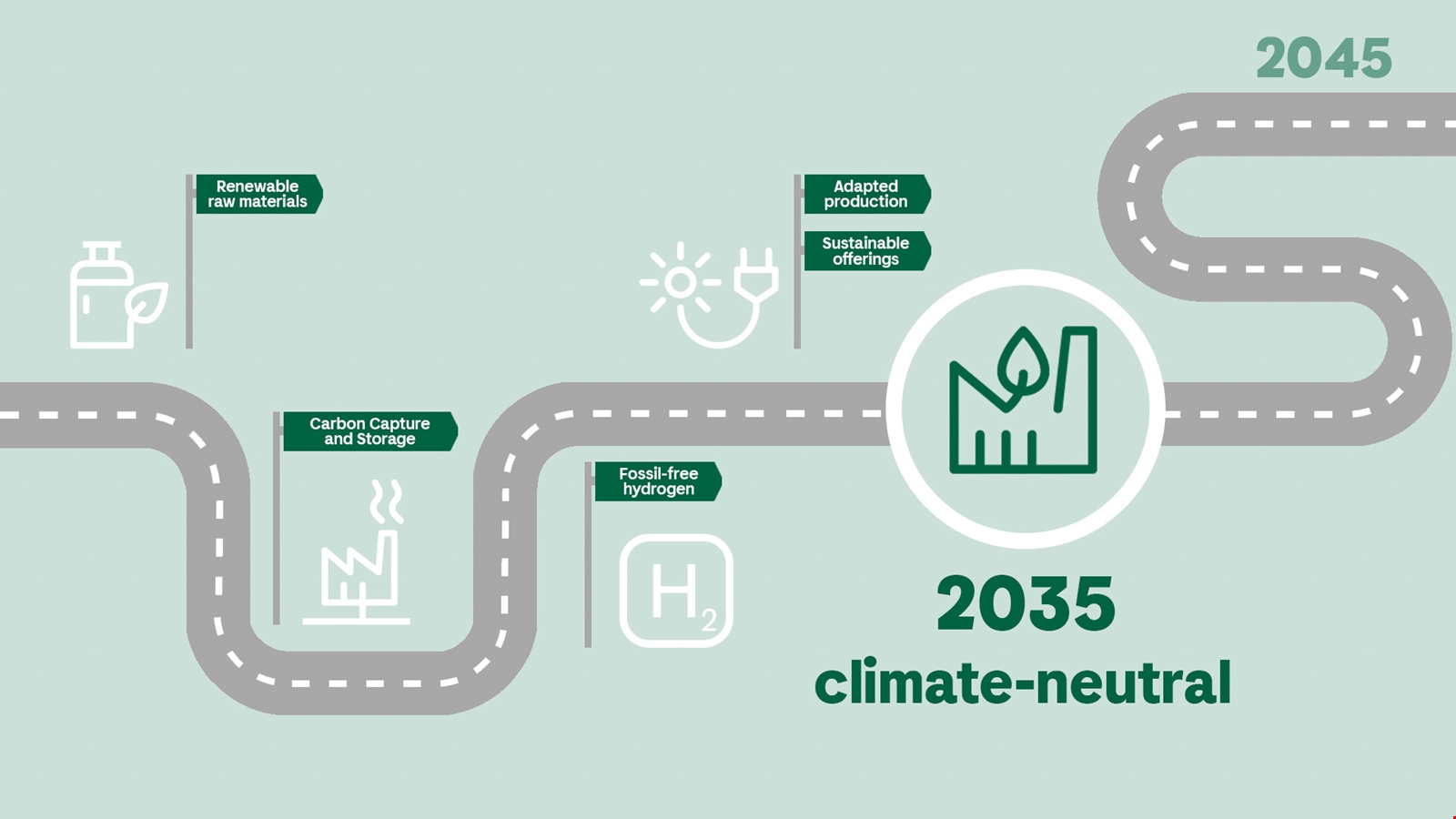 Since 2020, we at Preem have implemented a number of important priorities linked to the transition. The focus is now entirely on projects and initiatives that actively contribute to the climate target, and climate neutrality will be achieved by focusing on the following priority areas.

The combustion of fossil products is the main cause of carbon dioxide emissions along our value chain. To achieve our climate goal, we need to drastically reduce the use of crude oil and replace it with renewable alternatives, such as bio-oils, which come from sustainable waste products from forestry and agriculture and the food industry.

Our refineries are some of Sweden's largest, individual sources of emissions. Fossil emissions will decrease as we replace fossil raw materials with fossil-free alternatives. By installing carbon capture technology, so-called CCS (Carbon Capture and Storage), carbon dioxide can be captured, instead of being released.

When CCS is combined with renewable raw materials, it is called BECCS (Bio Energy Carbon Capture and Storage). When we capture renewable emissions and store these, negative emissions occur, which in practice means a reduction in carbon dioxide levels in the atmosphere.

In addition to carbon capture, Preem is evaluating the possibilities for other compensatory measures.

Hydrogen is an important ingredient in fuel production. Today, natural gas is mainly used to produce hydrogen. Hydrogen production is one of the main causes of the carbon dioxide emissions generated at refineries.

By replacing fossil natural gas with renewable alternatives such as biogas and renewable residual streams from production, emissions can be significantly reduced. Another way is to produce fossil-free hydrogen through the electrolysis of water and fossil-free electricity.

Read more about our hydrogen project

To achieve the climate target, we will gradually reduce today's large-scale production and sale of fossil fuel products, such as diesel and petrol. Part of the production will be replaced by sustainable alternatives, such as hydrogenated vegetable oil (HVO) and renewable aviation fuel. The reduced fuel production is in line with a general reduced need for liquid fuels as an effect of society becoming more efficient, digitized and electrified.

We also see great opportunities to broaden our business and include more types of product offerings that are required in a sustainable society. One example is the increased production and sale of renewable components for processing in nearby industries. Another example is Preem's ongoing large-scale roll-out of vehicle charging stations. Hydrogen for vehicles is also an interesting area under development. 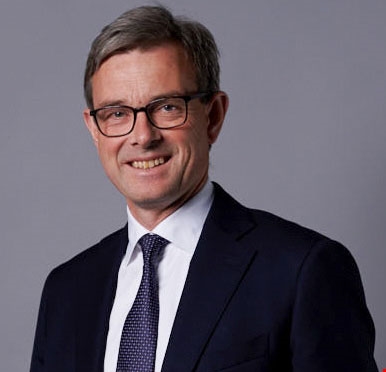 "We are tightening our climate goal because we want to, can and must. Our generation has a responsibility to future generations to ensure a sustainable transition, and for Preem it is a matter of course to be a positive force in that change."

Why Preem is tightening its climate target?

We are tightening our climate target because we want to, can and must. The climate is perhaps the most important issue of our time, and our generation has a responsibility to future generations to ensure a sustainable transition. For Preem, it is a matter of course to be a positive force and contribute to this. It is about raising the level of ambition and setting the business on a rapid transition.

Are Preem's objectives aligned with the Paris Agreement?

Preem's new climate target has been developed with the aim of reducing emissions throughout the value chain to the extent and pace required to achieve the targets related to the Paris Agreement – i.e. that the global temperature rise will be kept well below 2 degrees and that we will work to keep it within 1.5 degrees.

Does the climate target only apply to Swedish operations?

The climate target is global and refers to the entire Preem value chain, from the extraction of raw materials, to the production and distribution and use of the products.

How will the climate target be reached?

The target can be summed up in four overall measures. First, we must replace crude oil with renewable alternatives. Secondly, we are replacing natural gas used in production with biogas and fossil-free hydrogen. Thirdly, we want to capture carbon dioxide at refineries through CCS. Finally, we want to broaden the business toward the production and sale of other product offerings.

How realistic is the target, and will it be achieved?

There is no alternative. The climate crises requires society to transition and reduce carbon dioxide emissions. There is no place for companies that do not contribute positively to the transition and Preem has an important role in making it possible for both companies, individuals and other actors to reduce their emissions.

Preem's refineries are among the largest sources of emissions in Sweden - why do you not prioritize reducing these emissions?

You are applying to emit more carbon dioxide at the refinery in Gothenburg. How does this relate to your climate target?

We have set the ambitious goal of becoming climate neutral throughout the entire value chain by 2035, and that includes direct emissions from our production. The path there will not be linear but will be affected by several external factors. Emissions at the planned facility in Gothenburg may increase initially, but at the same time emissions will be reduced when our products are used. As fossil fuels are phased out, emissions will decrease at the refinery, where we are also preparing for carbon capture.

What does the target mean for the refineries?

The refineries are incredibly important in our transition, as they are the key to us being able to phase out fossil fuels in favor of renewables. By using our existing facilities, we also ensure an efficient conversion, which is both a faster and more cost-effective solution compared to just building new.

What will your future production amount to?

Increased use of renewable fuels is a must if we are to meet the set climate goals and the goal of switching to fossil-free societies. We are seeing a growing demand throughout Europe and our forecasts show that there will be a great need for renewable, liquid fuels for the foreseeable future.

Does this mean that you promise to end your fossil fuel production completely?

Our strategy is clear – we will gradually replace fossil fuels with renewable fuels. Exactly when we will have completed this is too early to say, but it is certain that in the near future we will drastically reduce the use of fossil raw materials in our production and sales and increase the proportion of renewables.